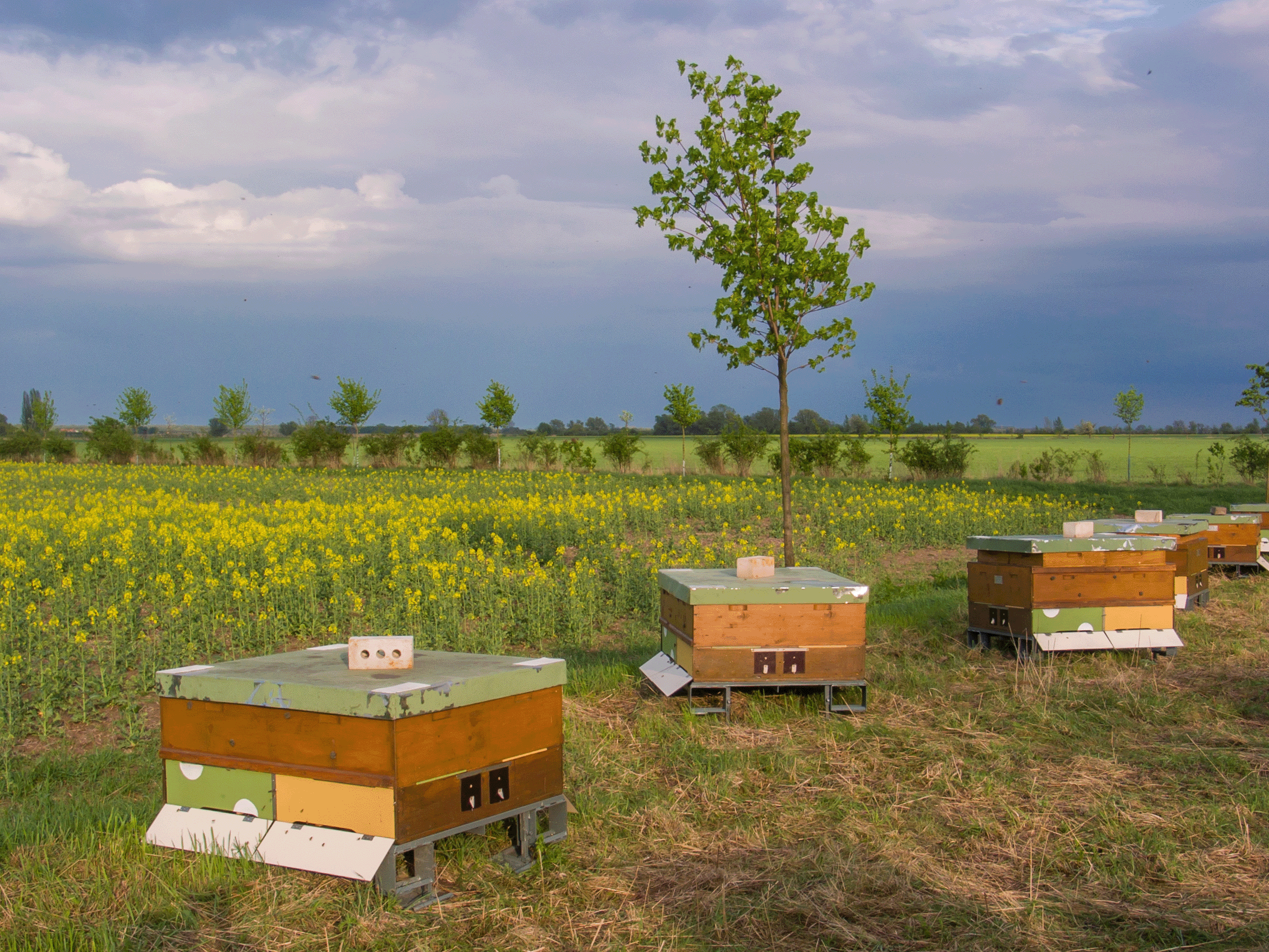 Two visions that complement each other wonderfully

How passion and enthusiasm for high-quality organic products led to the founding of Sonnentracht GmbH and how a wide variety of products can be offered today.

Gerrit Lang, inspired by his father Walter Lang, developed a passion for bees and honey very early and worked in beekeeping at a young age. As a studied industrial engineer he dedicated himself to the trade with organic honey. The idea of founding his own organic beekeeping business was quickly born. This allowed him to contribute and implement his ideas and experience from beekeeping and honey harvesting to bottling and distribution - all from a single source.

Karin Lang got to know agave syrup as a young food technologist in the mid-90s. She soon developed her first recipes and soon agave syrup was the talk of the town. Today, it is hard to imagine life without it as a mono-product and ingredient. The enthusiasm for natural sweetening options grew and with it Karin Lang's desire to present the diversity from nature in taste and application with her own organic brand.

In 2001, Gerrit Lang founded Sonnentracht GmbH as an organic apiary. Seven years later the first coconut products were bottled and in 2012 Karin Lang introduced the brand "agava". In the course of this development, the premises were expanded and the current production facility was built in parallel. Sonnentracht GmbH increasingly specialized in alternative sweeteners and the processing of agave syrup and coconut products. From the very beginning, a comprehensive quality management system was consistently built up and implemented in the company's operations. Sonnentracht GmbH is also certified to IFS at a higher level. At the beginning of 2017, the production and storage areas were expanded to approximately 10,000 sqm to ensure growth for the future. Sonnentracht GmbH produces 100% organic products. It has been a member of the Bioland association since the company was founded and has also been a Naturland partner since mid-2016.